Search any Dealer or Category of Business:

All about Karnal & City Guide

Karnal is famous city of Haryana state in India. It is named after "Danveer Anga-Raj Karna" which was the king of this ancient city namely Anga in the era of Mahabharta, that is why it is also called Karna Bhumi. Karnal is the Smart City of Haryana as declared by government and progressing on a very fast pace. It is one of the main districts of Haryana and lies on Western Bank side of the Yamuna River. It also has the importance because it is situated on GT Road and National Highway No. 44 (NH-44) i.e. old NH-1 which connects it to the major cities of India including Delhi & Ambala. It is also known worldwide due to its rice products, lather products and agriculture equipments. Famous research institutes of India are also situated in Karnal namely National Dairy Research Institute (NDRI), Central Soil Salinity Research Institute (CSSRI), Directorate of Wheat Research (DWR), Sugarcane Breeding Institute and National Bureau of Animal Genetics Resources (NBAGR). Recently a medical college has also been made in this city named Kalpna Chawla Medical College Karnal.

Karnal is developing itself as a modern city of Haryana as it consists of multiplexes, shopping malls, urban estate and housing societies. Most of big companies and MNCs are having their regional offices or branch offices in Karnal which makes this city famous all over India. Karnal is well accessed by other parts of India as it is well connected to the rest of the country by road, rail and air. 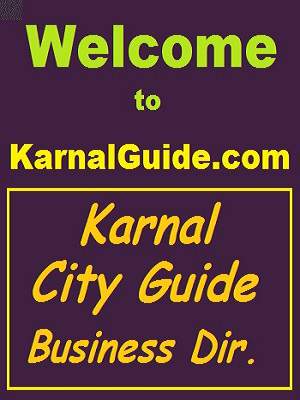 Here we are writing this history of Karnal, it is very ancient city from long time. The king DaanVeer Karna is associated with this city, it is said that Duryodhan gave this city as a gift to Karna and the name of Karnal was Anga that time. Slowly its name turned to be Karnal due the Karna

So we can say that the history of Karnal has its own importance because it is attached with the Kaurvas and Mahabharta.

There are many point of attractions which tourists like most to visit and even local people also love to visit them on week ends. People feel relaxed and enjoy a lot on these tourist spots in Karnal.

Karna Lake, Karna Tal, NDRI, Rose Garden Sector 12, Atal Park Sec 8 and sec 12 city center are the main point of attraction where one can see the crowd in the evenings particularly during week ends.

KarnalGuide.com is No.-1 website & business directory of Karnal city and it is launched in new Avtar now.. 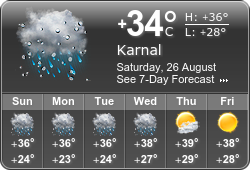